Across every major industry and in every major marketplace worldwide, sustainability is gaining heightened priority in the 21st century business world. And the reasons behind the push for “greener” operations are both powerful and promising, as some of the same practices that can help preserve the planet can also help businesses save money and boost their bottom lines.

The primary avenue for industries to achieve this goal — sustainability-based production — focuses on reducing electricity consumption to both cut CO2 emissions and generate substantial savings for the enterprises that implement it. And optimized compressed air can be a big step toward making it happen.

With this in mind, Atlas Copco Compressors decided to take a more in-depth look at the U.S. market when it comes to compressed air. The analysis of the market concluded that United States manufacturing has a compressed air installed base of at least 15 million horsepower. Based on looking at various air audits across different customer types, sizes and segments, the analysis concluded that the U.S. could save around 13 billion kWh annually in electricity associated with compressed air — which would save U.S. manufacturers over $1 billion in energy costs annually. As importantly, this would remove ~9 million metric tons of CO2 annually — equivalent to >1 million homes’ annual electricity usage. 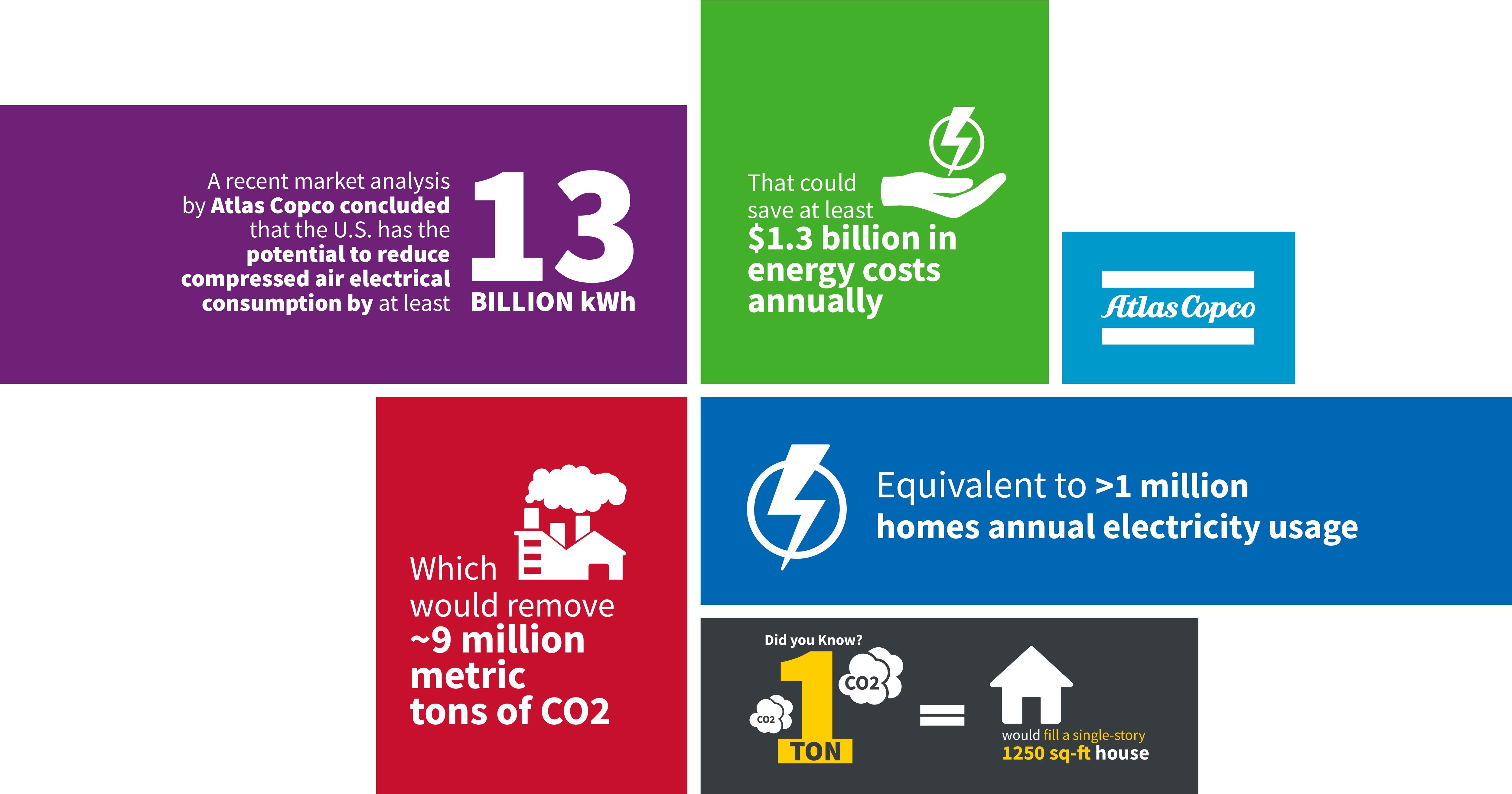 Fill out the form below, and the whitepaper will be emailed to you.