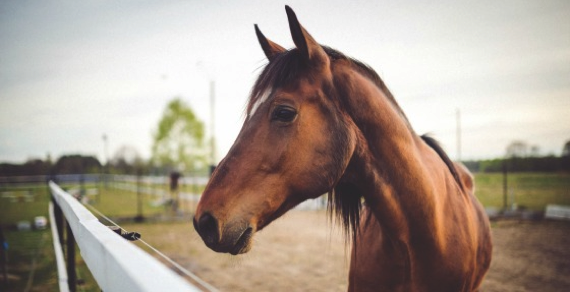 The History of Horsepower

What's the first thing that comes to mind when you hear the word horsepower? The superpower to transform into a horse? The ability to communicate telepathically with your pony pals? None of the above? Fair enough. If you’re like most people, you immediately think of a car engine or other machine, and for good reason; horsepower is a measure of how much work a machine can do over a given time period. But how did horsepower become a standard measurement in the first place?

Until the mid-18th century, most demanding labor required horses. With the advent of the steam engine, machinery began to replace horses for various tasks. But many people resisted this change; they were skeptical about the efficiency of they new machines. Inventor James Watt knew this, and capitalized on it when marketing his improved steam engine.

Watt noticed people’s reticence to adopt the new technology and decided to make a measurement comparison that potential buyers could relate to: horses. But instead of figuring out exactly how much power a horse really produced, he estimated. Watt guessed that a pony could lift and average of 220 lbf (pound-force) 100 ft. per minute (220 lbf x 100ft./min. = 22,000 lbf x ft./min.). From there, he extrapolated that a horse could lift 50 percent more than a pony, bringing the estimated power of a horse, or horsepower, to 33,000 lbf x ft./min.

Regardless of how accurate his measurements actually were (some neigh-sayers disagreed with them because no horse could sustain that level of effort for an extended period of time), the comparison was an effective one, and the term stuck.

There’s very little difference between the two measurements. Metric horsepower is 75 m kgf/s, which equals 735.49875 watts. On the other hand, imperial horsepower is exactly 746 watts. While watts are the SI unit of measurement for power, the amount of power generated by most large machines is so high that it’s impractical to use.

When selecting an air compressor, make sure the rated horsepower matches your application; generating too much air can be just as detrimental to your system as not producing enough. Not sure what horsepower you need in a compressor? Reach out to one of our experts!

Want to learn more facts, insights and tips? Subscribe to our monthly newsletter to get the latest articles straight to your inbox.