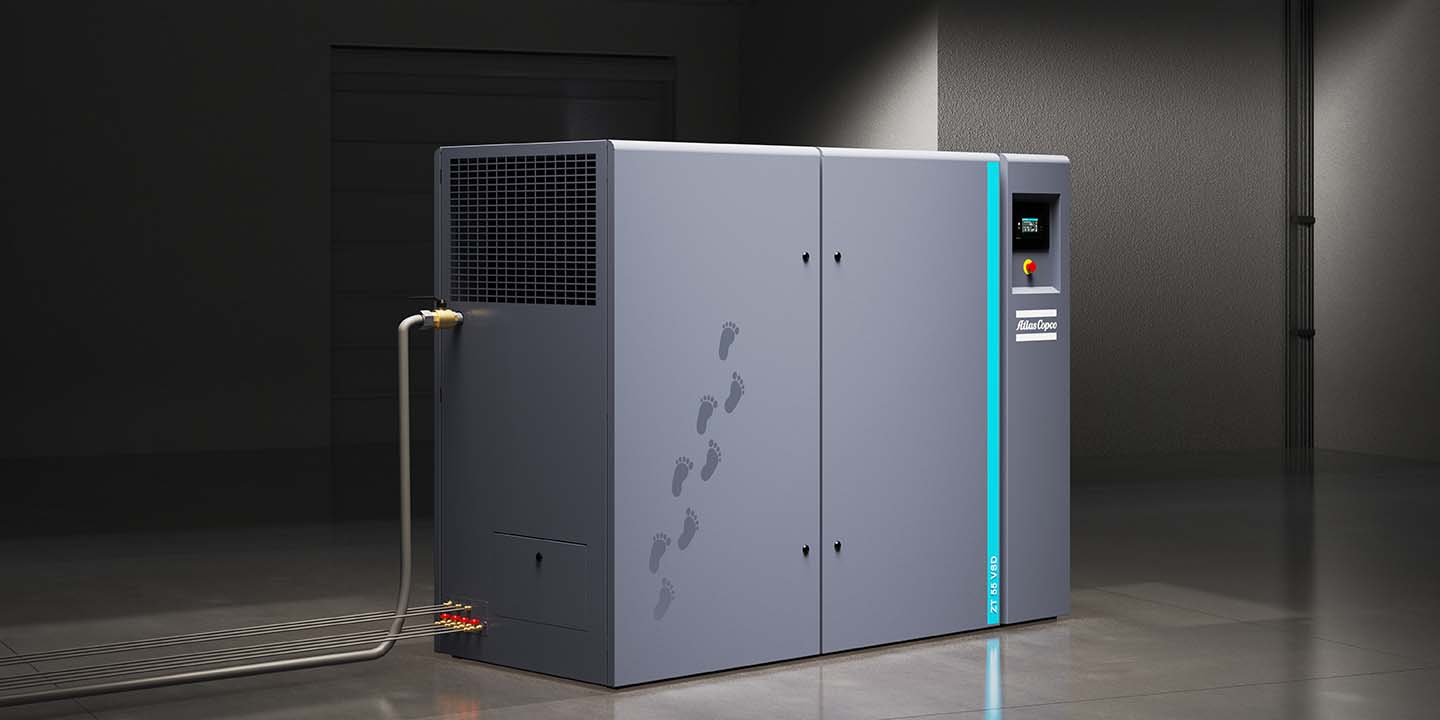 How sustainability-based production and design can boost efficiency

Sustainability is more important than ever in the business world.  And the reason is clear: Greener operations can benefit both the environment — and bottom lines for business.

Sustainability-based production is a key driver in achieving greener operations. And companies that practice it can save big, especially those that optimize their use of compressed air.

A recent climate change report declared a "code red for humanity," but with a chance to make things right. One way businesses can help the effort: Sustainability-based production. And helping the cause, efficient use of compressed air can greatly reduce an entity's carbon footprint.

It's easy to make a case for an efficient air compressor tech upgrade, too.

What about compressed air?
American manufacturing must cut electricity consumption and associated costs to remain competitive. For many plants, compressed air is a utility, along with gas, electricity, and water. As such, there's an opportunity to cut consumption rates and their impact on the cost of business.

Industry leaders and decision-makers know this. Atlas Copco recently surveyed more than 50,000 engineers, contractors, and plant personnel. This 2021 study revealed a heightened awareness of the importance of optimized compressed air usage. In fact, benchmarking compressed air systems for efficiency ranked second of all concerns reported. It was No. 1 for 16% of participants.

Today’s air compressors are more efficient than those of a decade ago. Upgrades are an easy way to make an impact.

What about government involvement?
The United Nations Climate Change Conference, COP26, convened in Glasgow, Scotland, in 2021. More than 120 world leaders participated in global policy-making. New initiatives included those for compressors.

The minimum efficiency standards for compressors are coming to the U.S. by 2025. The estimated energy savings in the first 30 years of enforcement: 15 billion kilowatt-hours. That's enough to power 1.6 million homes for a year.

What about Atlas Copco?
In 2021, Atlas Copco instituted science-based targets to cut its greenhouse gas emissions. This falls in line with the aim of the Paris Agreement, an international treaty on climate change.

Among the areas of Atlas Copco’s emphasis:

Atlas Copco aims to cut its emissions by 46% by 2030 and shrink the carbon impact of its in-use products by 28%.

One great example
COMPAX, a packaging company in Utah, added a smaller positive displacement compressor to its centrifugal compressor installation. It used this unit during times of low system demand and saw many benefits:

Other reasons to optimize

1. Energy recovery
Compressed air produces heat, and heat energy often becomes waste after extraction. As much as 94% of that energy can be used to heat air or water, though, greatly reducing wastage.

2. Water conservation
There's no need for cooling water in a system with an air-cooled compressor. Water-cooled air compressors at 200 horsepower could use 7 million gallons in a year. That's at an annual cost of about $50,000.

Am I due for an upgrade?
Now's a great time cost-wise. The expense of an efficient air compressor is often less than the energy savings it generates each month. You'll enhance your bottom line from the start while limiting carbon emissions.

What about remote monitoring?
Most new compressors come with 24/7 connectivity, and the peace of mind that comes with it. It's an ongoing audit that can alert you to potential issues in advance.

How flexible is my system?
Downtime means lost money. It's easy to add a second compressor or run two smaller units in place of a large one.