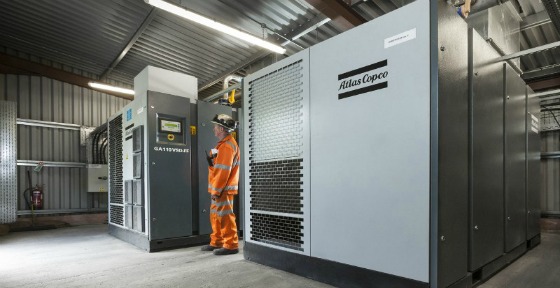 Innovation rarely happens in isolation. It’s a collaborative process driven by reevaluating current assumptions, questioning established practices and examining possibilities through a fresh perspective. Similarly, some of the greatest innovators rarely limit themselves to one particular field of research and consequently contribute improvements to many disciplines.

Enter John Smeaton. (No, not the John Smeaton who helped thwart an attack on Glasgow International Airport in 2004.) Born in 1724 in Leeds, England, Smeaton originally set out to pursue a law degree at his father’s request. For two years, Smeaton worked at his father’s firm, but left at the age of eighteen to make scientific instruments.

With almost no experience in the field, Smeaton opened his own shop in 1748. Despite his lack of specialized knowledge, Smeaton quickly became an expert in multiple engineering disciplines. Throughout the course of his life, he made numerous improvements to existing instruments (including the diving bell and atmospheric engine) and invented many others, such as a specialized pyrometer and a new formula for what later became cement.

One of Smeaton’s smaller, yet significant, contributions was a water wheel-driven blowing cylinder made for the Royal Botanical Gardens in Kew, a district of London. John Wilkinson later improved on Smeaton’s water engine in 1776, and his machine served as a blueprint for modern air compressors.

Because of his achievements, Smeaton is often referred to as “the father of civil engineering.” But like his water engine, few of his breakthroughs remain untouched. Smeaton’s formula for cement was later used to develop Portland cement, and his early calculation for lift was used, and later altered, by the Wright brothers. While his water engine is a comparatively minor footnote in his illustrious career, it, like some of the most important inventions, paved the way for further innovation.